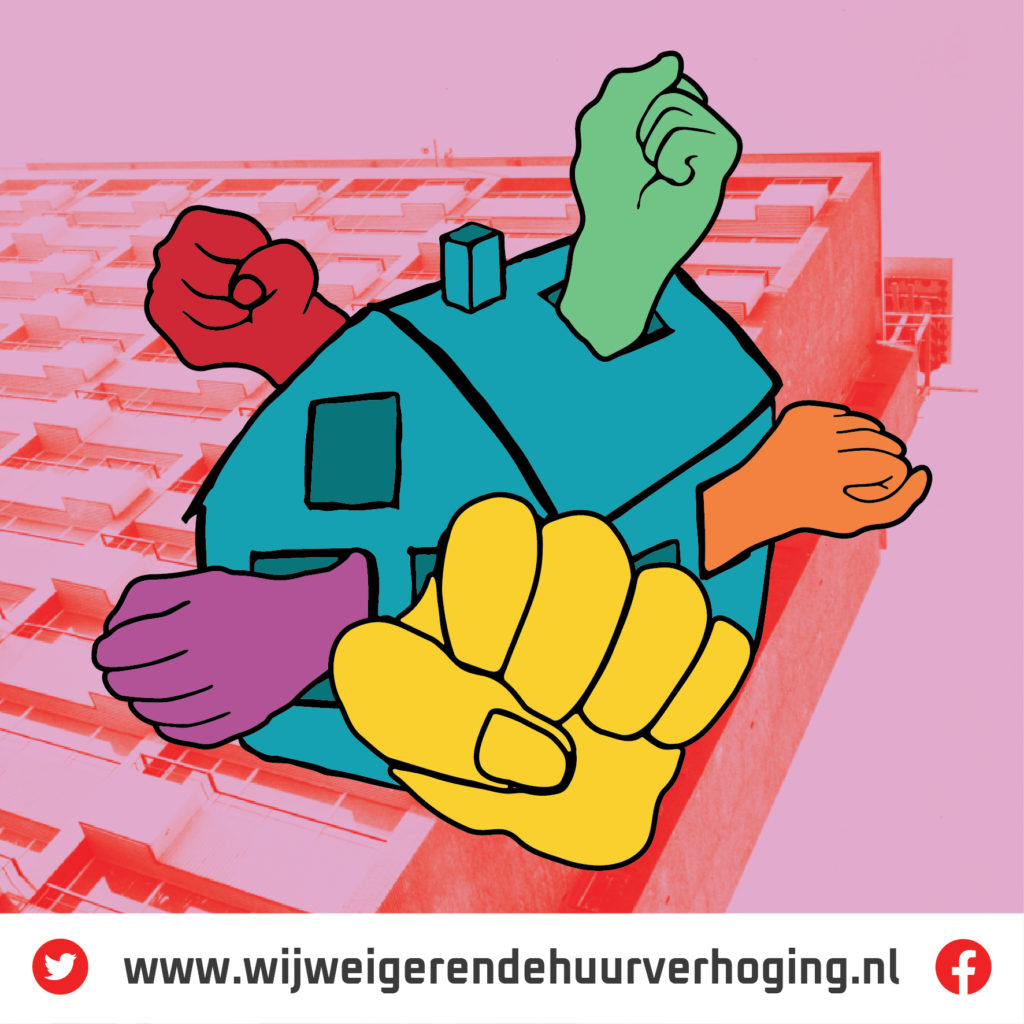 We Refuse the Rent Increase: 10 years rent increase is enough!

Rents have increased by more than 35% over the past 10 years. More than 800,000 tenants have too little left for the necessary costs and living expenses after paying the rent. Action group 'We Refuse the Rent Increase' is therefore fighting for a multi-year rent freeze (2022-2026) to make housing affordable again for everyone, and to keep it that way.

The BPW calls on everyone to sign up for the action and together to refuse the rent increase as of July 1, 2022 in order to enforce a multi-year rent freeze. Organize the action in your neighborhood together with your neighbours, action group or tenants' association using the step-by-step plan. Promotional material such as posters, stickers and flyers can be ordered via the Red Lapp.

Rent is too expensive

A tenants' association that collectively organizes the We Refuse the Rent Increase campaign is Huurdersbelang Zuid. The next call was taken from tenantsinterestsouth.nl† The association will hold an action meeting on April 20, 20:00 at Da Costakade 160, Amterdam.

For more than half a century, rents have risen faster than inflation almost every year. In the meantime, wages did not rise. And landlords pretend their noses are bleeding. They refuse to admit that our rents are getting out of hand.

Corporations rejoice that the landlord levy will be abolished. Now they can accelerate with new construction and sustainability. You don't hear them talking about rent freezing, let alone rent reduction. And that while the bill for the landlord levy has been passed on to the tenants all those years for 100%. That money has to go back to the tenants!

Also at commercial landlords all brakes have been released since Stef Blok, as minister, made more free market forces possible.

Enough is enough. We can't take it anymore! We want rents to be frozen in the coming years. To enforce this requirement, we call on everyone to refuse to pay the rent increase. That's okay. It is our legal right. Would you like to participate in the promotion? Would you like to hear how you can exercise your legal right to refuse the rent increase?