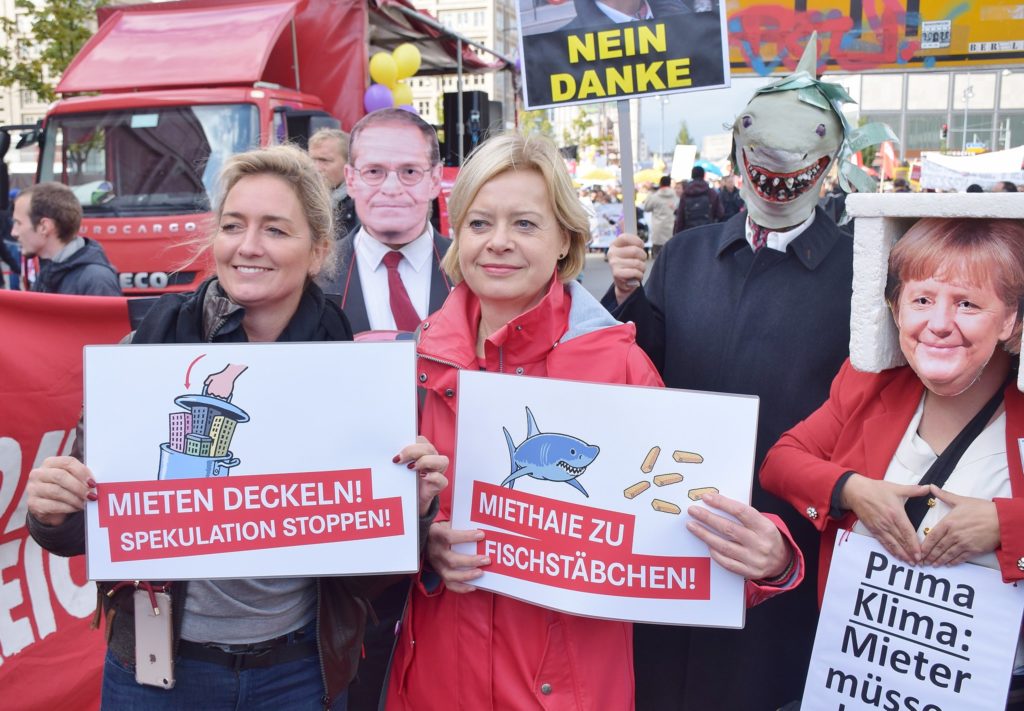 On April 23: Protest against Vonovia & Co. in Bochum (DE)

This year's general meeting of Vonovia SE, the largest housing company in Europe, will also only take place virtually on the internet. But this does not stop a broad alliance of tenant organizations and critics of the company from demonstrating against the business practices and the growing power of Vonovia, LEG and similar companies. On Saturday, 23 April 2022, they want to take their protest to the streets of Bochum. Starting at 12.30 pm in front of the main railway station.

From its headquarters in Bochum, the listed Vonovia controls 570,000 of its own flats in Germany, Austria and Sweden. At its virtual general meeting on 29 April, it will once again celebrate increased profits and approve higher dividend payments to shareholders. In its self-portrayal, it presents itself as a social and ecological model corporation. In reality, however, their horrendous profits are at the expense of social welfare and the environment.

Despite Corona, Vonovia & Co. have increased their rental income above average and are thus fuelling housing cost inflation. They employ too few staff and pay them poorly. The service is miserable, decisions are made without tenant participation. Overdue repairs are passed off as modernisations because then rent increases can be demanded. The calculation of building costs and the annual service charges are completely opaque. The tenants are asked to pay for hidden profits.

After the takeover of the second largest German housing company, Deutsche Wohnen, Vonovia's market power and political influence are assuming ever more threatening proportions. But there is also resistance. In Berlin last September, 59 per cent of eligible voters voted in favour of the demand for expropriation and socialisation of the flats owned by Vonovia and other large corporations. For about a year, a nationwide alliance of interest groups representing Vonovia tenants, the VoNo!via tenants' alliance, has been trying to shed light on the non-transparent billing and rent increases.

It is high time to demonstrate together against the rent drivers and to exchange demands and strategies. An alliance of tenants' associations, tenants' initiatives, critical shareholders, researchers and other social movements has been preparing counter-events to Vonovia's general meeting for several weeks.

The core of the actions is a demonstration on Saturday, 23.4.2020 in Bochum. The meeting point is the Bochum main station from 12:30. From there there will be a housing policy rally in the city centre of Bochum and then on to the company's headquarters on Universitätsstraße, where there will be a final rally.

A panel discussion is also planned for the early evening, as well as internal networking meetings of critics of the company and active tenants on the days before and after.

An official call for all participants is still being coordinated.