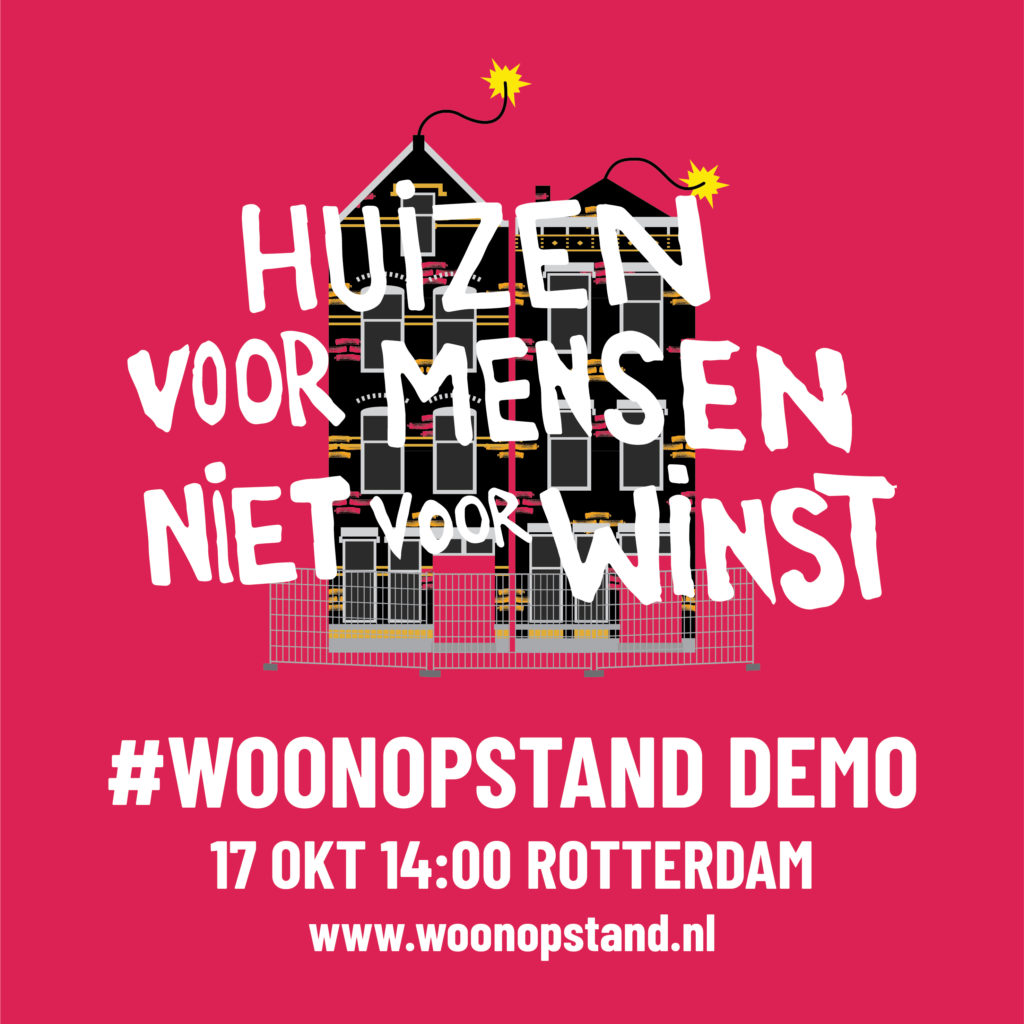 Organized on October 13th Socialize Housing across Europe a Webinar with 3 spokespersons from different tenant movements and residents' initiatives from Germany, the Netherlands and Sweden. On the political consequences, challenges and transformative effects of the emerging new tenant movements.

On September 12 this year, 15,000 people marched in a demonstration in Amsterdam to demand radical solutions to the housing crisis, and new demonstrations are planned in Rotterdam, The Hague and other places. There is an increasing demand for the abolition of the tax on rental housing and for social housing for large parts of society. On September 26, a million people in Berlin voted "yes" in a referendum to expropriate and socialize the housing stock of major landlords such as Vonovia, the largest landlord in Europe. In Sweden, the tenant movement successfully thwarted government plans for market rent in June. Later, 1,000 people demonstrated for a social housing policy in Stockholm. The tenants' organization Ort till Ort is also demanding expropriations from Vonovia.

These are just three inspiring examples of tenant protests that have sprung up in many countries in Europe and beyond in recent years and months. It is the necessary response to decades of rent and real estate deregulation and the ensuing fundamental crisis of affordable housing. Movements seek and fight for new forms of rent control and the socialization of real estate ownership. After an era of market forces and financialization, many people regard the provision of housing for everyone as a public task and a social infrastructure.

The struggle begins at the local/municipal level, and it is here that solutions are created. But the battle cannot be won without confronting the political-economic structures and powers at the national level and across borders. With our events, we try to focus some spotlights of information and debate on the content, forms and aspirations of the current movements, their political impact and challenges. What is their "relationship" with the financial industries that rule the world?

Our goal is to identify questions, needs and options for further action and communication.

Records of the movements:

Organized by: Socialize Housing across Europe activist research initiative. In collaboration with the Rosa-Luxembourg-Stiftung.

Link to the October 13 video conference

The #Woon Uprising is coming!