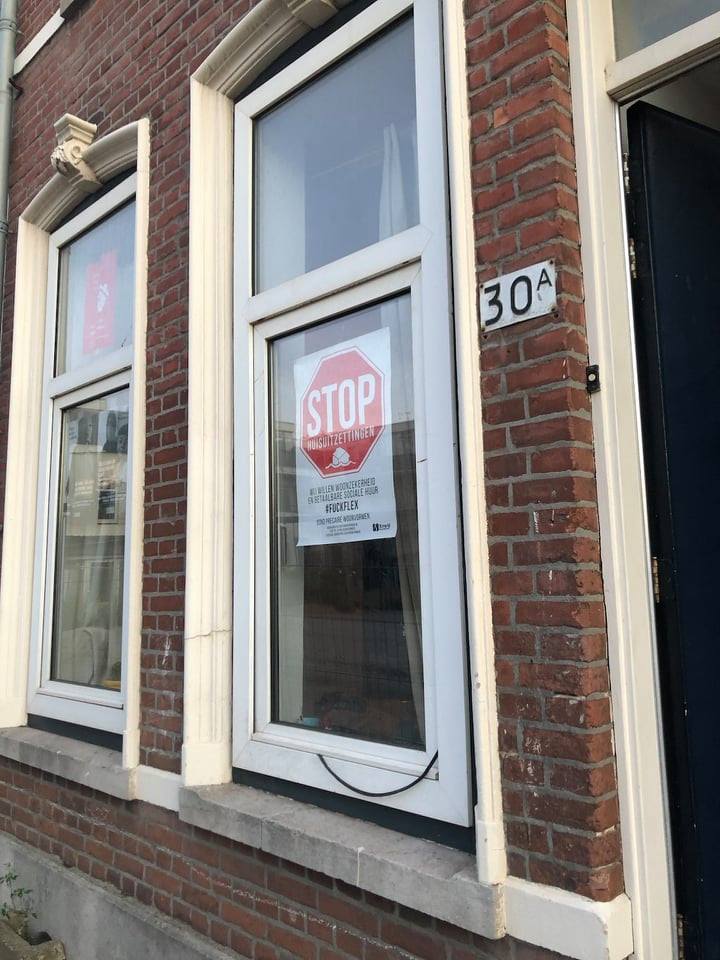 Stop evictions by Havensteder at the Wiekstraat in Rotterdam!

In Rotterdam, Pepijn is in danger of being made homeless by the Havensteder housing corporation. His house on the Wiekstraat will not be demolished, yet he and other Vacancy Act tenants are already being evicted from July 30th. They are currently being exchanged for residents who come to live in the vacated houses via Ad Hoc with a rights-free anti-squat contract. Temporary for temporary. Pepijn can't take it any longer! He stays in his house and does not allow himself to be made homeless. The BPW supports him in the fight against this musical musical chairs and for housing security.

The Rotterdam housing crisis is deepening due to the mismanagement and that is not without consequences; For example in this case. Havensteder is changing its plans for the district; There is currently no clear plan for this part of Wiekstraat. The homes on Wiekstraat will therefore not be demolished for the time being, and the building within Havensteder will be transferred from the Social department to the Sales department. By default, this department engages an external flex lessor, in this case Ad Hoc.

Havensteder states that due to legal reasons it would now not be possible for residents to continue living in the same house via AD HOC. She says she has no influence on this. However, Havensteder does have influence on the prevention of forced evictions, as it can continue to rent out the properties itself. Then people do not suddenly have to be forced to move and be exchanged. Many tenants have since succumbed to the pressure and were forced to leave their home on Wiekstraat. The musical chairs with living space by exchanging flex tenants with each other creates a lot of housing insecurity.

“I have been forced to move 6 times since I was eighteen. I am now 23. Because I cannot find stability in my living situation, I become very stressed and depressed. In addition, due to the corona crisis, I lost my job in the event industry. Why can't they let me live until it's clear what's going to happen. I don't understand why one group is now being exchanged for another. This house was almost uninhabitable. Had to redo a lot. It is totally disrespectful that a housing corporation is now putting people on the street through an external company, Ad Hoc, in the middle of a pandemic and housing crisis. There is no social plan. Nothing. Do I not deserve housing security?”

The BPW thinks it must now end with evictions in the middle of the housing and corona crisis. Notabene Aedes, the interest association of corporations has promised not to do evictions, but the corporations are about 'customization' despite great promises just go with this. BPW warned about this in advance of the emergency extension of temporary rental contracts, as measures to prevent evictions that large groups of insecure residents such as Pepijn were insufficiently protected. We have to act on this every week.

Temporary residents are dismissed as second-class citizens without regard for the consequences. The government allows it. The UN recently pointed out that municipalities such as Rotterdam also have a best-efforts obligation to prevent homelessness and to take steps in this regard in the event of eviction. The number of homeless boys is now tripled in the last 10 years. We once again call on the municipality and Havensteder not to run away from this responsibility and to guarantee the right to a roof over your head. if Rotterdam wants to make an urban Social Statute it will have to better guarantee the right to (re)housing, among other things, for the growing army of temporary tenants if that happens now. Pepijn is open to solutions. In any case, he wants to stay in his home so that he can continue his life with dignity.

2. Stop exchanging (flex) residents for each other. Prevent homelessness.

We will hand over our requirements to Havensteder on Wednesday, August 18, 15:00.

Let us know that you support Pepijn by sharing this post and/or show your solidarity by coming to the demands handover.