Stop eviction of Nora and Alissa by WonenBreburg in Breda.

In Prinsenbeek, a tenant with a 4-year-old child is in danger of being evicted by the WonenBreburg corporation. The corporation recently requested eviction from the court and was awarded it. As of April 20 there is a threat of eviction with the bailiff. According to WonenBreburg, the tenant should have seen that her registration period was not sufficient to acquire her home. Due to an internal error within the corporation, Nora and Alisa are now in danger of becoming homeless and have to pay for all other consequences. BPW supports these residents in their appeal and fights for housing security.

How did the problem arise?

After registering with 'Click for living' in 2018, Nora had no plans to move, but holiday plans. She herself was surprised that she was eligible for the home of WonenBreburg. But since she'd been in a similar situation in the past, she thought it was okay. Nora has already done everything necessary and set priorities in order to choose to move, since then she would live close to her family and she can offer her daughter a child-friendly and quiet environment to grow up safely. Nora has been to Wonenbreburg during several checks and yet they hold Nora responsible for the fraud that has taken place within their organization. according to Wonenbreburg Nora should have seen the registration time on the page and informed them. However, this information is not continuously available on all pages. One has to do an action on the site to see it. It turns out afterwards that Nora's registration period had been extended for 14 years without her knowledge, so that she unknowingly qualified for the house earlier. 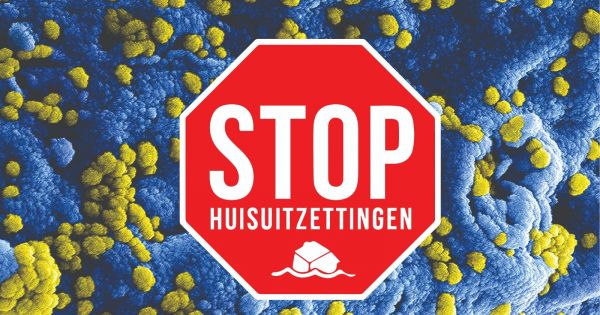 Earlier, a case of fraud had been discovered at the corporation, in which an employee manually extended registration times for home seekers against payment. After this internal fraud by an employee, the housing associations have taken measures to prevent a recurrence. One part is that the employees of the landlords who participate in 'Click for living' can no longer change the registration date. The housing association clearly indicates that they accept that the fault was internal to them. Despite this, they continue to evict and put people with children on the street.

In all this, it is very strange that Nora has never been identified as a suspect for possible fraud and has never been subject to an investigation. This has been the case with some other tenants. One of the questions is therefore whether more innocent people are in danger of losing their homes due to the administrative disorder at the corporation.

Resident Nora states “I have done nothing wrong and am innocent. It's scary that a simple act while navigating a site can change your whole life. My daughter and I are losing our house, where we have lived for years and for which the rent is neatly paid every month, we have to find new accommodation within 14 days, which is impossible. It is absurd that it is decided to put a mother and child of 4 years on the street. Why do I have to face the consequences of an internal fraud by an employee, which I have nothing to do with?

Why should a child bear the brunt of their mistakes? “Alisa is used to the house and surroundings, it's just her safe place. She is very happy with her pink room. She lives three minutes from school and already has friends who come over. When I told Alisa that we have to move, she became very sad. It is very painful to see how sad your child becomes. Only thing I could explain is that not everything in life is fair, but we must always keep doing it right. We have a close relationship with the neighbours, we often eat together and we always have a chat. When I told this, my neighbor burst into tears. She said this is not possible, this is not allowed! You have to fight this as far as you can. You, who are always honest and helpful and then something like this happens? No! This is not going to happen!

This situation has brought me a lot of stress, in short, a heavy psychological impact on both of us. It feels like you are drowning in a glass of water. Fortunately, help and support came to me, for which I am very grateful. The bottom line is that the judge and WonenBreburg did not take my personal situation into account and held me fully responsible for fraudulent acts by third parties without any proof”.

Everything in a row

The Court annulled the lease for misrepresentation. Nora and Alisa have to vacate the house, the rent is seen as a usage fee and Nora has to pay the legal costs. WonenBreburg gets its rental home back, they also get the rent and are free of the legal costs Nora no longer has a house and is homeless together with Alisa, she will not get the rent back either because it is seen as a usage fee and she has to pay the legal costs. Alisa loses her trusted and safe environment, Nora has to apply for a loan to possibly look for a home through the real estate agent, Nora does not receive a landlord's statement to show that she has been a good tenant and paid her rent properly. The question is, where did this problem all arise? Who caused this? An employee of the corporations, right? Why should Nora be fully responsible for the consequences?

BPW wants housing security for everyone. We want to make our demands known to WonenBreburg and call on everyone to show solidarity with Nora and Alissa. Share this article on social media and show your solidarity.

Residents and BPW requirements of WonenBreburg:

1. Stop eviction from Nora and her daughter Alisa!

2. Respect their lease in the current home!

Do you also suffer from housing insecurity? Sign up at BPW and become a member. For more information, backgrounds or contact with residents, please contact us via this form.

(For privacy reasons, the names Nora and Alissa have been used instead of the true names of the residents. The true names and address are known to Bond Precaire Woonvorm)

UPDATE 13 April: Action at WonenBreburg in Breda 'on hold'

We had planned a demonstration with handing over of demands for Friday 16 April, together with resident Nora and concerned neighbors and sympathizers. Nora and her four-year-old daughter Alissa threatened to be evicted this month. The bailiff had announced that he would come and evict the property on 20 April at the request of housing corporation WonenBreburg. Previously, WonenBreburg had canceled the lease because her registration time was not correct. But Nora knew nothing about that, and it wasn't her fault.

It would of course be an even better solution if the housing association stopped its entire procedure and let Nora live as before. But this is already an important step in the right direction. As BPW, we will of course continue to support Nora and keep you informed if there are any new developments.